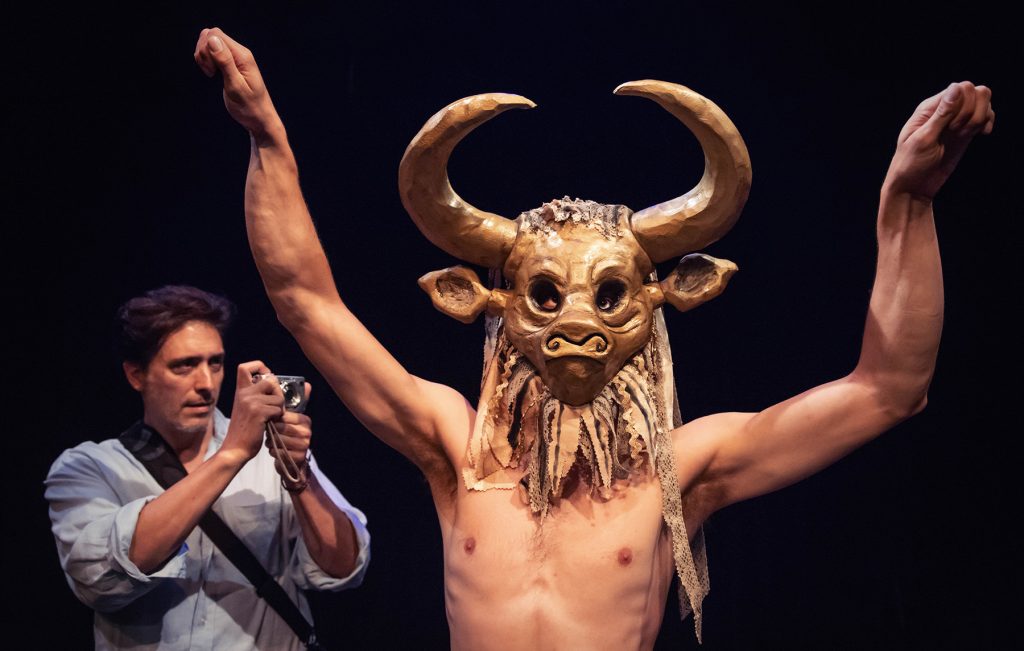 What do we really know about Islam?  We think we know things because of what we see happening with terrorists like Isis and other extremists, but do we?

We hear of terrorists who kill in the name of their Lord and condemn them as pure evil even though it is something that has been done since the Crusades. 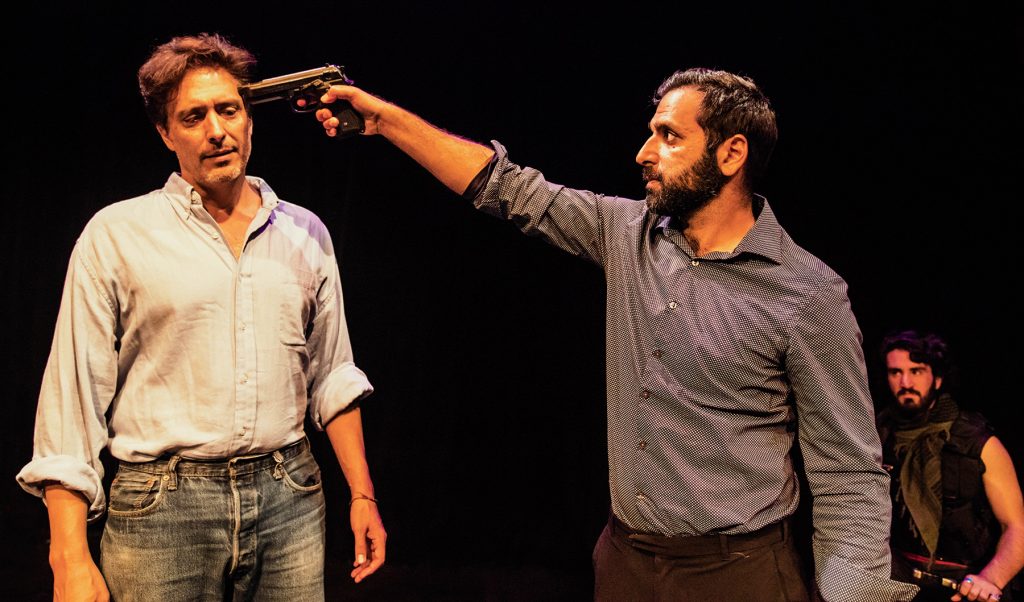 In the play, Infidel, now playing at the Whitefire Theatre until October 7th,  written and directed by Christopher Vened, produced by Rebecca Robertson Szwaja assisted by  Bryan Rasmussen, we meet social anthropology professor John Norton (Ted Monte) in a Bagdad museum with the curator as he explores the ancient Sumerian gods and goddess including the Bull of Heaven (Moses Leon Norton) and the Gilgamesh Epic for his university back in the States. 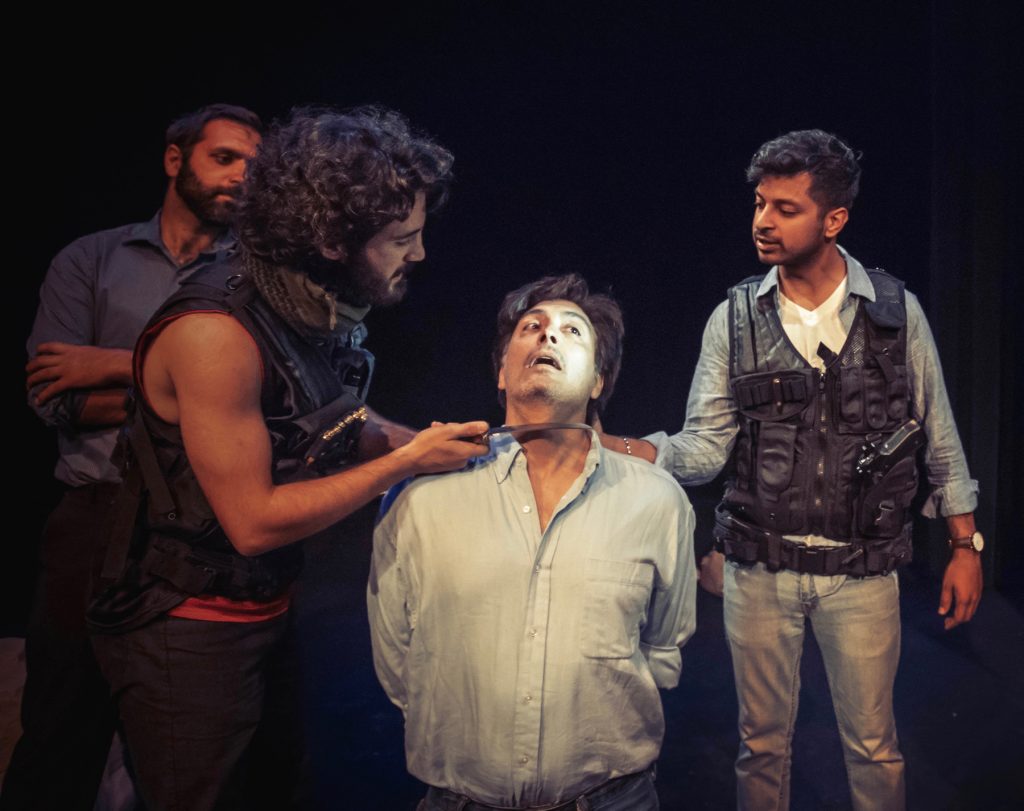 As the museum is attacked by Isis terrorists who destroy these ancient sculptures as blasphemous idols and religion and culture is yanked apart, John is taken captive by Amir (Bobak Cyrus Bakhtiari,) (Michel Wakim,) Jamil (Ronak Gandhi,) and Kasim (Nima Jafari) whom they plan to hold for ransom as Myiesha (Aneesha Madhok) tries to temper their extreme behavior by telling them (and us) what good Muslims should really live by including respect for all living things.  (And she is constantly reminded that as a woman she needs to know her place!!) 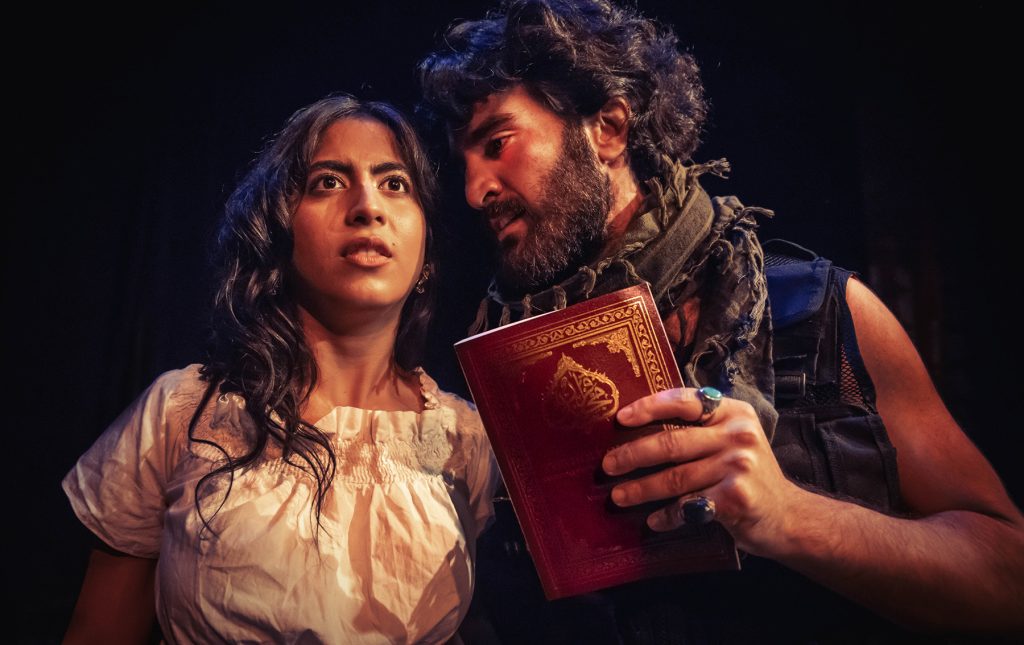 We are also informed that the story of Noah’s flood in the Bible actually came after the historic and ancient Gilgamesh Flood Epic which supposedly happened in 2100 BCE (before common era) and copies of which date from 1800 BCE. 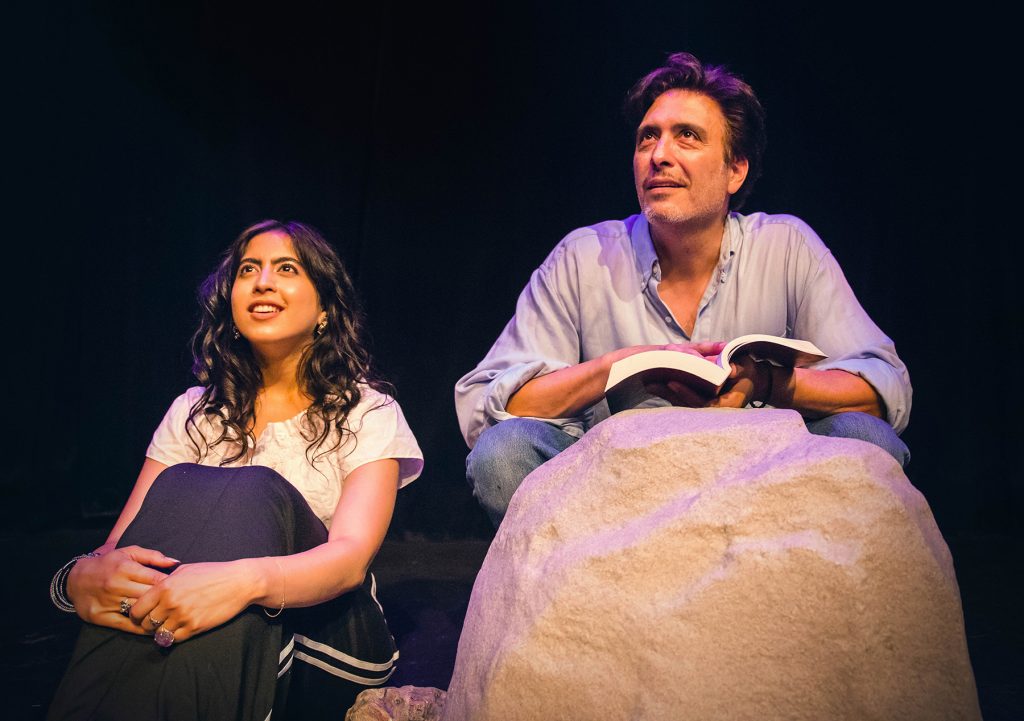 His captors try to convert him to Islam and John asserts that it’s “easy to deceive people in the name of God.”  He’s told that prayers in your heart mean as much or more than what you say by rote. (Something that we all need to recall especially in this time period of the Jewish High Holidays.)  Much of what he’s told about Islam also resonates with Judaism from which it derives.

The play, which goes 90 minutes with no intermission, gives some interesting insights that many of us are not aware of.  Parking is available on the streets.  Show times are at 8 p.m., with Sunday performances at 3 p.m.  Call 323-960-7738 or contact Whitefire Theatre for tickets which cost $35 (though full-time students with ID pay only $20.

About Serita Stevens 38 Articles
An award winning writer of books, scripts, adaptations and teacher of writing I am also a forensic nurse and assist writers, producers, and attorneys with their medical, forensic, poison and investigative scenes in their stories or cases.
Website Facebook Twitter Google+ LinkedIn