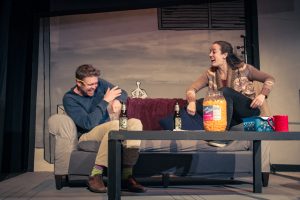 Elevator Girl by playwright Donna Hoke is the story of a struggling illustrator (Peter) whose girlfriend (Vanessa) comes up with an idea to create a female superhero who has the ability to discern sexual deviants and make them pay by sexually assaulting them. What she finds is that her boyfriend and his roommate’s (Richard) perspective is much different from what she expected. Much to Vanessa’s dismay, EG becomes more of a fantasy to men as opposed to their worse nightmare. As Elevator Girl’s popularity rises, Peter’s career takes a turn for the better, but crimes against men begin to occur throughout the city. 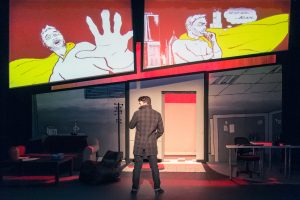 Donna Hoke tackles the feminist/male-chauvinist ideology of what is deemed acceptable and unacceptable. Although I felt that the storyline was a bit drawn out, I understood the point the playwright was trying to make. There are some men who have been sexually violated, however, they tend to see it as a sexual conquest. Some men have been conditioned to believe that any type of sexual experience whether or not initiated by them is okay. Not to say that all men share these views. There are some men who have experienced these same crimes and like women, are too embarrassed to report it. As with everything, what’s considered appropriate, depends on who you ask. 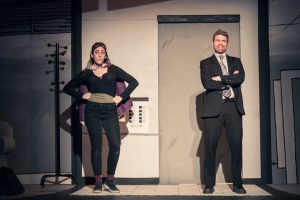 The acting was solid, however I felt that the storyline would have made more of an impact if it were dramatic. Sexual assaults are no laughing matter and for those who have fallen victim to such horrible crimes, this production would probably be difficult to sit through. 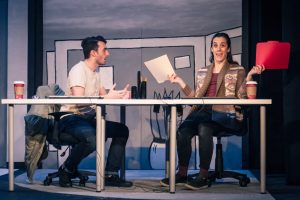 The show runs January 11th through the 27th, Thursdays through Saturdays at 7:30 pm and Sundays at 3:00 pm. Tickets are $15 and can be purchased at elevatorgirl.brownpapertickets.com or call (872) 888-7546
Website: www.VanguardArtsCollective.com 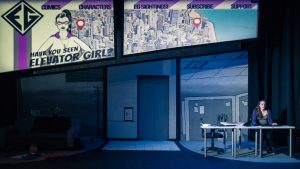